Katlynn Yost in How to Live on Earth.
Photo by Mandave Saini.

Chimera is led by a lean, all-volunteer team. Many members of the leadership team manage the company while also working full-time day jobs to support themselves and their families. Other ensemble members as well as outside collaborators, cast members, and friends pitch in to help accomplish the company’s ambitious goals. The ensemble works collaboratively, making joint decisions on shows, while casting, production, marketing and other decisions are shared by the core leadership team.

Artistic Director
Katlynn Yost
she, her, hers 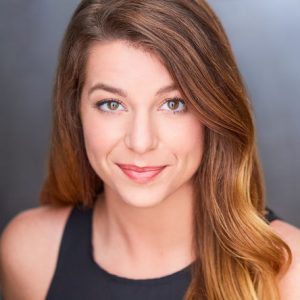 Kat is proud to be the Artistic Director and a founding member of Chimera Ensemble. She is an actor, producer, and arts administrator originally from Nebraska. Starting her career as a professional actor, she has worked with several institutions, such as Nebraska Shakespeare, BlueBarn Theatre, Brigit St. Brigit, and Theatre Luna. During her short time in Chicago, she has studied under the likes of Monica Payne, Shade Murray, Charlie Newell, Audrey Francis, and Laura Hooper. During undergrad she studied under Doug Patterson, an avid advocate and promoter of Brazilian director Augusto Boal and his Theatre of the Oppressed.

She believes in the power of Theatre for Social and Economic Justice and hopes to bring a better understanding of this movement to all productions. She has a passion for non-profit organizations geared towards bettering and informing our youth.. Katlynn holds a degree in Acting from the University of Nebraska-Omaha, and is a graduate of The 2015 ACADEMY at Black Box Acting.

Managing Director
Gwendolyn Wiegold
they, them, theirs 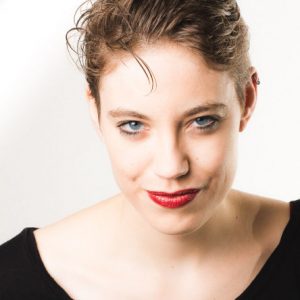 Gwen is a Chicago-based director and producer. Last season, Gwendolyn directed Chimera Ensemble’s production of MJ Kaufman’s How to Live on Earth, which was written up in PerformInk as “the gut-punching-est theatre I’ve seen recently.”

Gwendolyn has had the pleasure of working with Chicago companies including Court Theatre and Chicago Children’s Theatre. They have collaborated with directors including Seret Scott, Sean Graney, Scott Westerman, and Charlie Newell. Gwen originally hails from New York and has their BA in Theatre and Performance Studies from the University of Chicago, where their directing credits include As You Like It, Cowboy Mouth, and The Seagull. They are a recipient of the Francis X. Kinahan Memorial Prize. Visit gwendolynwiegold.com to keep up with their work.

Anna Donnell Our Accessibility Designer is also an actor, musician and director based in New Orleans, LA. She is a founding member at Chimera Ensemble, and has performed with Chimera in The Totalitarians, Sister Cities, Saguaro, and Spread.

Anna has most recently worked as a partner with Global Hive Laboratories performing, teaching and designing in London, Paris, and Piacenza, Italy. Other Chicago credits include Pro-Am (Sideshow Theatre), Living Newspaper Festival (Jackalope Theatre Company), Zürich (Steep Theatre), Women Laughing Alone with Salads (Theatre Wit) and Rhinoceros (Eclectic Full Contact Theatre). She is a graduate of The School at Steppenwolf, The Academy at Black Box Acting and The University of Mississippi.

Associate Artistic Director
Maureen Davies
she, her, hers 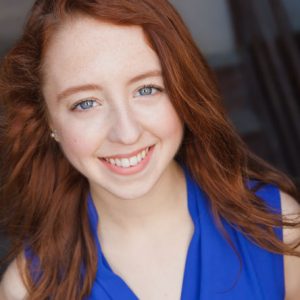 Maureen Davies is a Chicago native and is proud to be the Associate Artistic Director of Chimera Ensemble. As one of the founding members of Chimera, she has had the pleasure of working with the company as both an actor and producer. Maureen is also a classically trained vocalist, and has performed with numerous choral and solo groups around the city.

Financial Director
Brian Sheridan
he, him, his 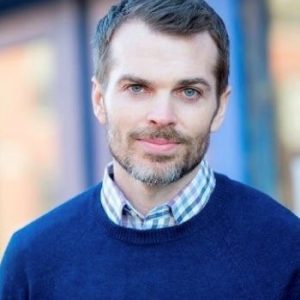 Brian  is a founding member and Finance Director. Outside of Chimera, Brian is married to an amazing woman, father to a spirited 1-year-old (Madame President), and co-founder of a digital media production company (www.thefilmlet.com). Brian performs and is a tour manager for The Defamation Experience, an interactive diversity program that explores the highly charged issues of race, class, religion, and gender with a twist…the audience acts as the jury. Other Chicago acting credits include: Cut To The Chase, By the Bog Of Cats (u/s performed), Miracle on 34th St (The Artistic Home), Rip’t Festival (American Blues Theater), As You Like It (Citadel Theatre’s Shakespeare In The Park), and EL Stories: Riding The Line (Waltzing Mechanics).

Brian served as an understudy and participated in staged readings with Steep Theatre, Silk Road Rising, and Court Theatre. He has multiple independent film credits that you have never heard of but have been featured in The Los Angeles, The New York International, Big Bear International, Phoenix ComicCon, Max Ophüls-Preis Film Festival in Saarbrücken, and Toronto Jewish Film Festival’s to name a few. Voiceover highlights include: Barbasol, McDonald’s, The Slice App, Nebraska Medicine, and Cellcom. Educated at Marquette University, Brian studied with The Artistic Home, and is a proud graduate of The ACADEMY at Black Box Acting. His dog’s name is Spanky, and he is repped by Shirley Hamilton Talent.

Community Relations Liaison
Vered Hankin
she, her, hers 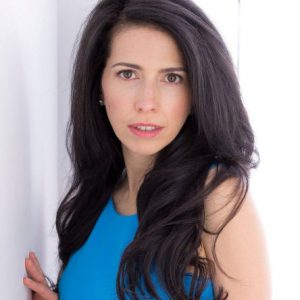 Vered is an internationally acclaimed actor and storyteller and has been featured on NPR, Public Radio International and in theaters and events around the world. She has been called “the leading storyteller of her generation” (New York Week). In Chicago, theatre credits include Lookingglass Theatre, Fox Valley Rep, Genesis, and Jackalope Theatre. Critical acclaim includes “a glowing presence” (Chicago Theatre Beat) “excellently played” (Third Coast Review) “spellbinding” (The forward), “mesmerizing” (Edge New York) and a “phenomenally gifted storyteller” (Andy White, Lookingglass Theatre).

She is a graduate of The ACADEMY at Black Box and winner of National Parenting Publications’ Gold Award and The Film Advisory Board’s Award of Excellence. Vered is proud to be a Chimera Ensemble member and is grateful for all the love and support of this fabulous cast and crew, and the ever so brilliant Scott Westerman. Love to Jeremy, Jonah, Coral and Julian! www.veredhankin.com

Ensemble Founding Member
Murphy Mayer
he, him, his 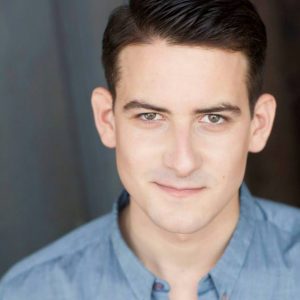 Murphy Mayer is a proud Chimera Ensemble Founding member. He is a versatile artist always up for a challenge. He is an actor, director, and creator of cut and sew clothing company called M Squared Customs.

Chimera Ensemble credits include acting in Cam Baby, directing A Modest Proposal and The Attractive Woman on the Train for our Hang On To Your Shorts! showcase as well as costume designing for The Totalitarians. He graduated from the ACADEMY at Black Box Acting and has his BA in Theatre Arts from CSU Chico. Murphy has performed/understudied with a handful of other storefront theatres including First Floor Theater, Genesis Theatricals, and 3 Cats Productions.

Ensemble Member
Jason Boyd
he, him, his 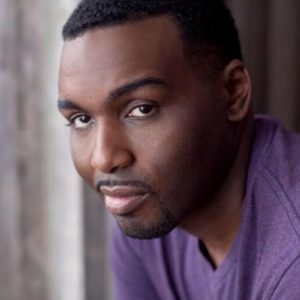 Jason Boyd graduated with a B.A. in Political Science from the University of Pittsburgh and a M.S. in Management from Argosy University. He has continued his professional development in acting and broadcasting by completing programs at the Illinois Media School, the Academy at The Black Box Studio, The Second City Training Center and the IO Theater. While attending college he was a basketball player for three years before going on to have a brief semi-professional basketball career. When his basketball career ended he transitioned into a marketing and recruiting career with The Art Institute before becoming an actor and broadcaster. Most recently he performed on stage in Chicago and has appeared in both print and web ads. Jason has also worked as on-air talent for WQOW News ABC and as sports-talk radio host for Midwest Family Broadcasting.